The day was incredible hot and people took the opportunity to take a swim in historic surroundings overlooking Kronborg Castle. A spectacular choice if you ask me 😎 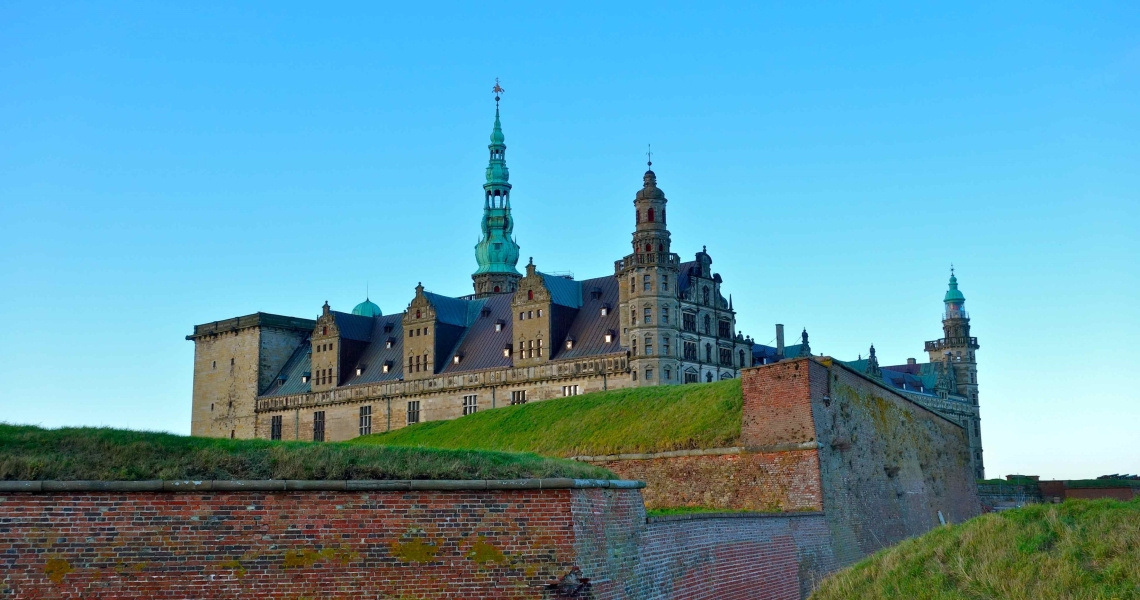 William Shakespeare and the Danish poet Hans Christian Andersen both linked unforgettable figures to the castle Kronborg
I know that Shakespeare chose the Castle Kronborg as a focal point for Hamlet.
But who put Holger Danske in the casemates in Kronborg, a figure cast in concrete?

I found out that Hans Christian Andersen wrote a fairytale about Holger Danske in Kronborg, which was first published on Apr. 7, 1845.
In 1907 a hotel close to Kronborg ordered a bronze statue of Holger Danske.
The sculptor Hans Pedersen-Dan created a large plaster figure, which formed the basis for the mold of the real statue.
This gypsum figure was placed in the casemate of Kronborg, and became far more famous than the finished statue.
In 1985, the plaster figure was so destroyed by moisture that it was replaced with a copy in concrete.

But we have a saying in Danish: What knowledge do farmers have about cucumber salad?
Perhaps Holger Danske was in fact a dog, a Grand Danois, who belonged to a knight.
The big dogs were trained to run ahead of the front and frighten the enemy’s horses witless.
And what about Shakespeare? Maybe it wasn’t Shakespeare that wrote Hamlet!
This terrible hypothesis is made available by a British Shakespeare researcher and former university teacher, Brenda James, and Professor William Rubinstein of the University of Wales in Aberystwyth.
They claim that the real Shakespeare was an English politician and diplomat Sir Henry Neville, who was the descendant of King Edward III and Johan of Gaunt. 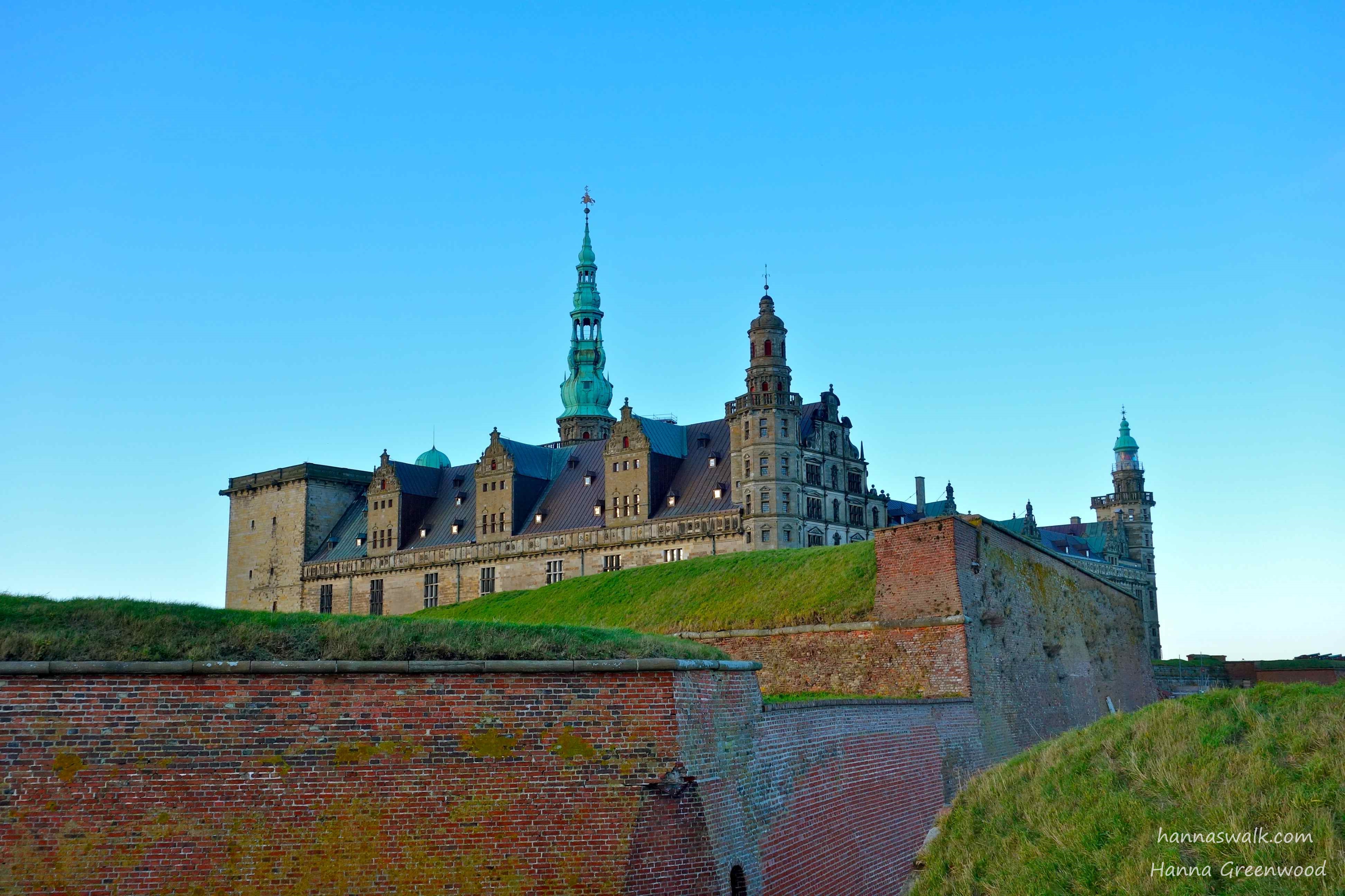 NOTES
The stories of Holger Danske origin is found in the early European poems and epics known as Chansons de Geste.
He first appears in The Song of Roland from the middle of the 12th century as one of Charlemagne’s knights under the name Ogier le Danois.
From the beginning of the 13th century he is found in the song La Chevalerie. In the song, he is the son of the Danish king Gudfred and will be handed over to Charlemagne, ruler of the Frankish Empire as a hostage for peace.

When Gudfred breaks the peace Ogier must die, but the ladies of Charlemagne’s court earnestly pray to spare Ogier’s life because they liked him, and since he is not guilty of his father’s actions, he will be spared.
Later in the 13th century Ogier is found in the poem Les Enfances where Ogier is portrayed as an honorable knight of Charlemagne’s court, and at the end of the song he leads the Frankish army to victory over the Saracens.

In Nordic literature Holger Danske appears in poems inspired by the French, the first time in Karlemagnussaga under the name Oddgeir danski.

In the Danish legend Ogier becomes a king in the mountain; he is said to dwell in the castle of Kronborg, his beard grown down to the floor. He will sleep there until some day when the country of Denmark is in peril, at which time he will rise up and save the nation.

The old town of Elsinore is like stepping into a fairy tale. One sunny day we went for a stroll from the harbour to Kronborg Castle. Old medieval buildings lure with history, interesting facts and legends. Elsinore and Kronborg Castle always entice with a tale.

To be, or not to be: that is the question:
Whether ’tis nobler in the mind to suffer
The slings and arrows of outrageous fortune,
Or to take arms against a sea of troubles,
And by opposing end them? To die: to sleep;
No more; and, by a sleep to say we end
The heart-ache and the thousand natural shocks
That flesh is heir to, ’tis a consummation
Devoutly to be wish’d. To die, to sleep;
To sleep: perchance to dream: ay, there’s the rub.
William Shakespeare, Hamlet 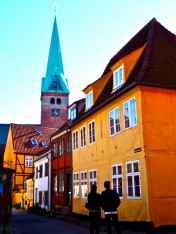 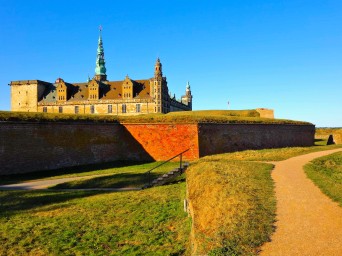