Several years after the Bombardment of Copenhagen in 1807, a British soldier confessed an assassination on an English treasurer in the Great Deer Park north of Copenhagen.
On his deathbed, he told that he and his buddy had buried the Money Chest with the soldiers salaries under the characteristic oak tree northeast of the Hermitage Castle.

The treasure was sought at the request of Queen Victoria, and there was a lot of digging around the old oak tree but the regiment box didn’t materialise.
So where did the treasure go?

Did the other soldier return to the oak tree to bury the money somewhere else?
Or were the buddies in crime watched by other people as they dug down the money. People who behave like the magpie when it keeps an eye on where the squirrel digs its supplies down for the winter 🙂 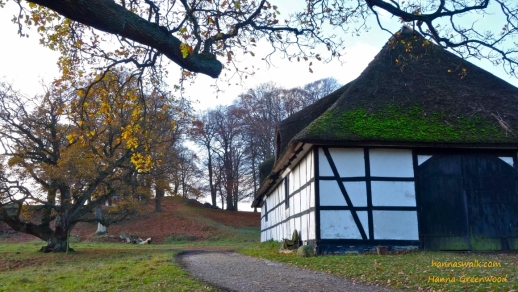 The occupation of Copenhagen was led by Arthur Wellesley in 1807.
The English formed a semicircle around Copenhagen from Svanemoellen to Kalveboderne
Some soldiers lived at Sorgenfri Castle in Kongen Lyngby, and camped in the Great Deer Park, Jaegersborg Dyrehave.